Neuberg’s original message–in the first few lines of his blog post–goes a long way in communicating my original motivation to start Locus Workspace:

Traditionally, society forces us to choose between working at home for ourselves or working at an office for a company. If we work at a traditional 9 to 5 company job, we get community and structure, but lose freedom and the ability to control our own lives. If we work for ourselves at home, we gain independence but suffer loneliness and bad habits from not being surrounded by a work community.

Coworking is a solution to this problem. In coworking, independent writers, programmers, and creators come together in community a few days a week. Coworking provides the “office of a traditional corporate job, but in a very unique way.

Coworking has come a long way since this initial description, with dedicated spaces and recognition that there is a far more diverse group of people who benefit from coworking, but the basic idea is the same: working for a company and working for oneself have largely opposed costs and benefits, and coworking can provide much of the solution: coworking adds the community, shared knowledge, continuing education, and social support often provided by a traditional office, while enabling people to follow their own passions and do what they most want to do, a path that traditionally has required giving up the community and support that comes from working for someone else, often at the cost of long-term success.

This August 9th, Locus’s Krakovská location is hosting a Jelly (a FREE open day of coworking for anyone in the area who’d like to join us with their laptops and some work to do to spend the day working alongside others). Locus hosts Jellies in cooperation with some other coworking spaces in Prague through our shared Meetup group, “Coworking in Prague”. Join us for this special Jelly and help us commemorate the 8th anniversary of coworking. You can sign up for the Jelly here.

One of the cool things about coworking is that a lot of people who decide to get involved in it really care about the idea and the value it has to offer, and not just about the business as a business. Sam Spurlin‘s several recent posts on this blog attest to this. Another sign of it comes from the grass roots cooperation across thousands of coworking spaces around the world that have contributed to coworking.com. The particular example I want to write about now are four options for free office sharing options across coworking spaces around the world: (1) the Coworking Visa, (2) The Prague Coworking Visa, (3) Loosecubes, and (4) Jelly.

The coworking visa was the fortunate brain-child of two of the women leaders of the coworking movement, Julie Duryea of Souk in Portland, Oregon (now run by someone else and maybe under a different name) and Susan Evans of Office Nomads in Seattle, Washington. They proposed it on a google group to a network of people running coworking spaces around the world, and it was almost immediately successful.

2. The Prague Coworking Visa.
A group of coworking spaces in Prague (including Locus) were inspired by this visa program to create a Prague version of the visa that allows members of each space to use the other spaces for up to 25% of their membership time. See details here.

3. Loosecubes
Loosecubes is a corporate alternative to the Coworking Visa and it remains to be seen whether their intentions are pure and how well the system will work, but as it stands it looks very promising. It is an invite-only workspace-sharing network of about a thousand coworking spaces and other shared offices around the world. Right now (and from what they’ve told me, this is their permanent business model), their system is absolutely free for members of the network (including Locus Workspace members). This means you can use any of the other spaces on the Loosecubes network for free, though each space has its terms in terms of number of free days. So if you’re traveling abroad and want to cowork in most major cities around the world (though biased towards Western Europe and North America), you’ll have a coworking space to work at for free. Loosecubes also provides a software backend and a user-interface that make it easy to use and (it seems at least) perhaps more reliable than the Coworking Visa.
4. Jelly
Jelly is informal coworking that started around the same time as the coworking movement itself with a group of freelancers in New York City who decided they’d rather work alongside other people than alone in their home office or at a cafe. They starting meeting as a group at each other’s homes or cafes, they created a wiki, and Jelly grew into a movement, with groups meeting to work together rather than alone around the world. Here’s a sample list of Jellies around the world on Meetup.com.
The group of collaborating coworking spaces in Prague mentioned earlier hosts a rotating series of jellies across their three spaces, which means people who don’t work in a coworking space (and may not want to) can experience some of the benefits of coworking for free every two weeks, and get to know a few of the coworking spaces in the city in the process.
————————–
To me the added value that comes from sharing membership across coworking spaces (and with the public)–not just for independent workers and coworking space members, but also for the coworking spaces themselves–is immense. For the members, of course, it means they can literally work their way around the world (as long as they stick to major cities), for the price of the coworking space membership they already have at their home city. For coworking space owners, it means a wonderful influx of interesting visitors who add spice to the host spaces and use resources that were mostly available and going unused anyway!
Will Bennis coworking, events, jelly, Locus Workspace 09.08.201121.09.2019coworking day, events, jelly, Locus Workspace
Locus’s first Jelly (informal working “events”: workatjelly.com) to celebrate International Coworking Day is off and running today. It’s the start of weekly Jellies at Locus that will start on the 19th. Here are some photos… 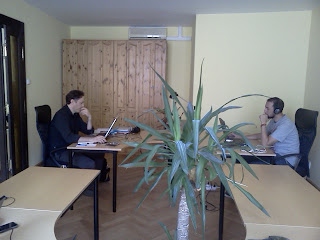 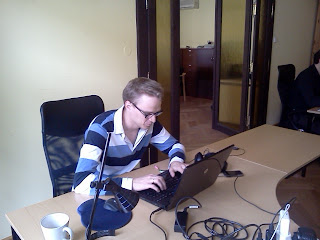 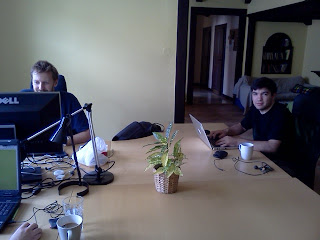 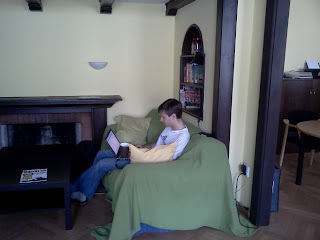 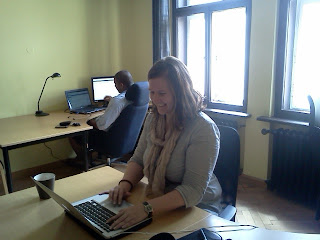 To commemorate International Coworking Day, Locus Workspace will host its first jelly. This will mark the start of an (almost*) weekly jelly, starting at Locus for this first event, but hopefully moving to other coworking spaces in the future (Coffice is already a co-host and will start participating when it can).

So what’s a jelly and what’s International Coworking Day?

“Jelly is a casual working event. It’s taken place in over a hundred cities where people have come together (in a person’s home, a coffee shop, or an office) to work for the day. We provide chairs and sofas, wireless internet, and interesting people to talk to, collaborate with, and bounce ideas off of. You bring a laptop (or whatever you need to get your work done) and a friendly disposition.” Learn more about jellies at http://workatjelly.com.

For details on International Coworking Day (and some things you can do to commemorate it, see my blog post from last year’s Coworking Day here: http://bit.ly/oQmadb.

Space is limited, so please sign up early if you know you want to go.*

The jelly will take place at Locus’s new upper floor (take the elevator to the 4th floor and find the door around the corner to the left). The jelly will be followed by a film night on Locus’s 3rd floor at 6:30pm where we’ll show *Harold & Maude* on the whiteboard with a data projector.

Feel free to come for just the 1st or 2nd coworking block if you can’t make it to the whole day, but please indicate that in your confirmation comment.

If you’re interested in giving a 1/2 hour before-lunch presentation, please let me know.

* – If you’d like to attend, you will need to confirm your attendance by accepting a Google Calendar event invitation. Please send me an email letting me know you want to attend with a google email account if you have one (but you need not have a google account to accept the invitation).