If you believed that business knowledge and tons of years of experience are necessary to run a successful business, you might think differently after reading this post! Meet our member Cyril who set up his own company right after finishing college. Cyril and his team founded Flat, a startup that provides a collaborative software tool for music notation. Keep reading to learn more about how he embarked on this exciting journey! 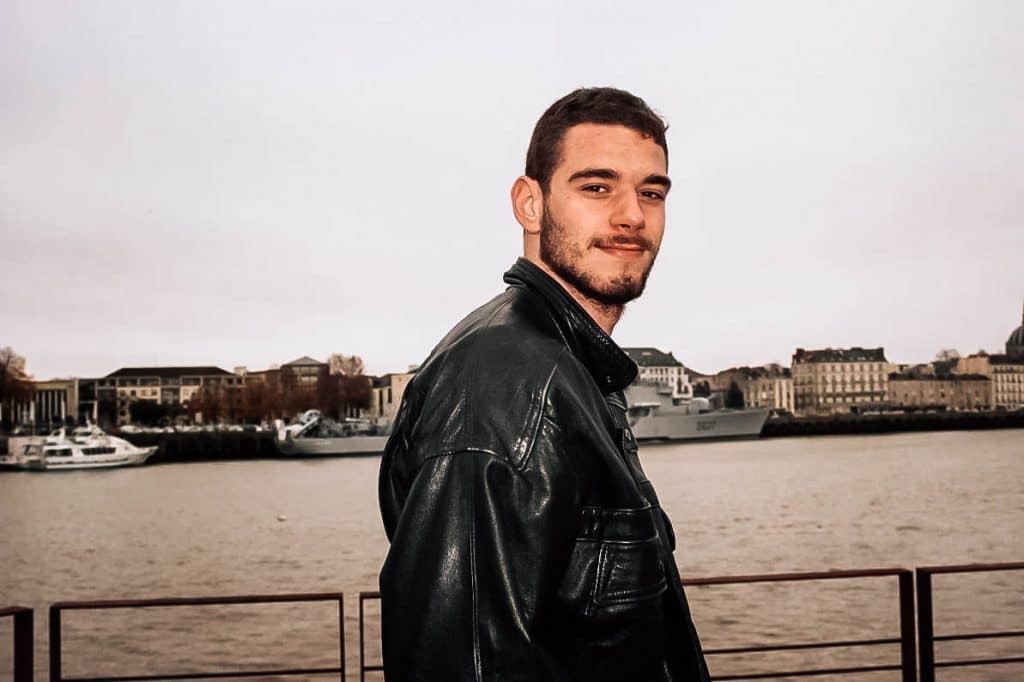 Where are you from?

I’m from Nantes, in the Northwest of France.

What do you do?

I am a software engineer and I am also the co-founder of a startup called Flat, which is a music notation software.

How did you come up with the idea of setting up this business?

I was not the one who came up with the idea initially. It all started in an event called Startup Weekend in France, in which participants gather with other random people and the goal is to come up with ideas during the weekend. The initial idea was to do a GitHub for music notation.

Then we had to work on a school project and two of my classmates decided to continue with this idea. At this stage, our idea evolved into creating something like a Google Doc for music notation – the aim was to have multiple individuals being able to work on the same music document all at the same time. That’s something that had never been done before and which would be very challenging technically speaking.

During our final presentation at school, which was open to the public, we realised that there were several musicians in the audience who were interested in what we were suggesting. And that encouraged us to start the company!

Did you have any business background or have you learnt along the way?

No, not at all. We were a team of software engineers with no business background whatsoever. At the beginning, it was a bit tough for us because we were a bit out of our comfort zone. Our reasoning was that, as long as we provided a good product, people would just buy it. But then when we weren’t doing great in terms of sales, we started to wonder whether our product was good enough or not, and if further improvements would be needed.

But of course, we realised that our approach was wrong. That’s when we started to limit the amount of features that were available for free and this little change dramatically increased our sales. At the end of the day, you need to ask people to pay, and it took us some time to realize how important that was.

Another thing worth mentioning is that when we realised that we were lacking some business skills we got involved in a mentorship program which provided training and resources to entrepreneurs. This was very helpful and allowed us to move forward.

Being a young entrepreneur, have you had to face any challenges?

I’d say that it’s particularly tough at the beginning because you work a lot but don’t get many results. During the first 2-3 years we were working very long hours and paying ourselves the minimum wage – or not paying ourselves at all if there wasn’t enough cash.

What have been your biggest achievements as an entrepreneur?

One thing that kind of feels like an achievement is that I’ve been working on the music notation engine, which is something that not many people in the world are doing.

And from a more human perspective, I feel proud to have been able to make employees feel good and to constantly find ways to improve their lives within the company. Even in difficult times when we didn’t have enough cash and couldn’t pay them much, they decided to stay with us because of the work environment.

Why did you choose to work from Prague and what is the best thing about living and working here?

When we first started the company, we all had to go back to our parents’ because we didn’t have enough money. So I spent a lot of time in my hometown and started to feel the need to go abroad again. As a student, I had spent a year in Sweden as part of the Erasmus program and I wanted to experience the international atmosphere again. I had heard good things about Prague – it was a very beautiful city, the cost of living wasn’t too expensive and not speaking Czech wasn’t a barrier. So why not? I had the idea in the back of my mind for a year or two and, after visiting Prague for a week in the summer, I really liked it and booked my flight right away to move in next September.

I couldn’t pick just one thing that I like about living here. The whole city is beautiful (not only the centre), so it’s very nice to walk around. There are lots of green areas. Life is easy. Public transport is great. Food is cheap, beer is good. So it’s a combination of all of them.

Why did you choose to work from a coworking space?

After a while working from home, I was going crazy. I felt I needed to separate work life and personal life because at the beginning I would do personal stuff in the middle of the day and then check emails when I was out with friends. In my opinion, it’s important that being home means you’re done with the work day.

Why did you choose Locus in particular and what is the main benefit you’ve gotten working from Locus?

I had tried another coworking space before Locus, but I felt it was very impersonal, very corporate-oriented. It didn’t feel like home to me. I found out about Locus on Nomad List and now I can say I really like it! The atmosphere is great and people are very nice. There is also a great variety of profiles – there are entrepreneurs but also copywriters, translators… I really appreciate this diversity because if you’re always surrounded by other entrepreneurs who only talk about business stuff, it ends up driving you crazy. It’s nice to be able to speak to people who don’t do the same thing you do. And on top of that, Locus members are very open. I made a lot of friends here and I even met my girlfriend!

To sum up, if you’re looking for a balance between socialising and working productively, then Locus is the right place for you!

What is a fun fact about you?

I didn’t go to the hairdresser’s during the first lockdown!