It is with great SADNESS, great RELIEF, and great OPTIMISM that we announce the closing of Locus–Muzeum,  Locus’s first coworking space.

Locus–Muzeum closed its doors on April 15, 2017, after just under 7 years of operation. Don’t worry: Locus Workspace is NOT closing. Our 2nd location at Slezská 45 in Vinohrady is going strong and this was undoubtedly a positive move for Locus.

Why three such distinct emotions? And why wait so long to tell the story of why we closed? 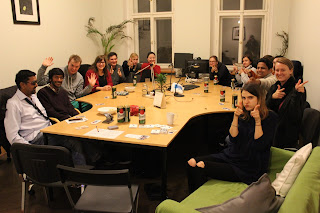 Mafia Night. Thank you, Nadya, for making Mafia Nights an unqualified success;
my favorite social activity at Locus, hands down.

WHY SADNESS?
There are many obvious reasons one might feel bad about closing the doors of one’s business: a sense of personal failure, financial loss, missed opportunities, or regret over poor choices all might be expected.

Fortunately for Locus and for me, none of those reasons plays a central role in the current situation. Instead the sadness stems primarily from having to say goodbye to something good.

I think they tell (part of) a good story about the entrepreneurial experience in general and about the history of the Czech Republic’s longest-running coworking space—yes, Locus Workspace—in particular.

1. Saying goodbye to a big part of personal and entrepreneurial history

Locus–Muzeum was Locus’s first location and my own first business (assuming you don’t count a lemonade stand or two, charging an entry fee to the living room at my parents’ parties when I was four or five, or my first attempt at starting a business in Prague in 1995, which never made it to opening day). It was also the second coworking space to open in Prague (after Coffice, the first coworking space in the Czech Republic, which closed its doors a couple years ago). And, at closing, it was the longest running coworking space in Prague, or the Czech Republic for that matter. It opened on May 4th, 2010 (about a month before Impact Hub’s Prague location).

Locus has a lot of history given the young history of coworking as a concept, and that history is now part of me, and a big part of what saddens me to say goodbye.

More than that historical significance, closing Locus–Muzeum was sad because of the deep personal meaning it had, not just for me but for many of its members. My second son, Adam, was born the same month Locus opened. We had our first movie nights at Locus (thank you Evi and Yuri for your Belgian and Russian treats); joined writing meetups that were part of the completion of several members’ books and Master’s theses; participated in Mastermind meetings that saw people achieve major life-transition goals (career changes, finished degrees, business pivots including my own, etc.); imagined we’d write and perform an updated version of Čapek’s R.U.R. (the original story of robots) as a satirical play (or musical?!) using real—and really small—robots (thank you, Florian and Lauren for your passions to create!); became perhaps the first coworking space in the world to accept Bitcoin back in 2011, thanks to the time and passion from the creator of the first bitcoin mining pool and the first hardware BTC wallet, Trezor (thanks, Slush!); shared hundreds of lunches and dozens of pub nights with long conversations about philosophy, the future of work, inspiring entrepreneurial ideas, and ways we might all make the world a better place. Etc., etc., etc. Locus–Muzeum was an active center of my social-, work-, and creative life for 3 years, and it shared that center with Locus–Vinohrady for another 4 years.

R.U.R., the musical comedy?
It could have been the first show in the world with robots in the starring roles,
beating the above production by a year or two.

3. Closing Locus–Muzeum meant the end of a center for productive, enjoyable work 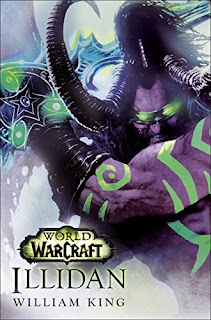 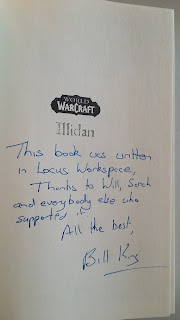 Bill King wrote the latest book for the World of Warcraft media empire in preparation for WoW–Legion and the Warcraft film (along with writing another five or ten books at Locus). Thanks, Bill, for helping make Locus proud!
Illidan was lauded by many fans as the best storytelling the WoW universe has seen.

The saddest part about closing Locus, however, was knowledge of the effect it would have on the people who worked there. Locus was an active coworking space with about 50 members working out of that location at the time we closed (and hundreds of members from almost 50 countries over its seven years in operation). These members cared about Locus, helped make it what it was, and did not particularly want to see it close. Shutting down an office when it only affects you is one thing; for the most part it requires a simple weighing of financial costs and benefits. Closing an office when it impacts the well-being of dozens of others is an entirely different animal; not just a financial decision, but a moral one, and one that no doubt kept Locus–Muzeum running longer than it otherwise would have. 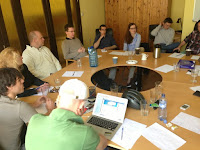 So, that’s most of what made closing Locus–Muzeum sad. But why relief and optimism? Just as the sadness came from saying goodbye to something good, the relief came from saying goodbye to some things not-so-good (and hello to something better). The optimism, on the other hand, comes from our anticipated future, a future that will be helped by consolidating Locus into a single Vinohrady location.

But this blog post is long enough already, so those two emotional stories—or at least emotion stories—will have to wait for another day.