Community Manager entrepreneurship, Locus Workspace, members, profile 29.08.201621.09.2019Locus Workspace, members
Locus Workspace is pleased to welcome long-time expat Bryn Perkins as a coworker. Bryn has been living in the Czech Republic for 15 ½ years, where he has had a variety of interesting jobs. He has experience running an Internet business, managing a Prague-based hostel group, working as a management consultant, and leading an energy-saving consulting firm; he presently works in Business Intelligence for the mobile payments company Boku. Two of the most impressive contributions to the Prague cultural scene, however, were the co-founding and management of the bookstore and café Shakespeare a synové (Shakespeare and Sons) and The Prague Daily Monitor.
Shakespeare a synové started off on Krymská street in Vršovice in 2002, but now has two locations, one in Mala strana and one in Berlin. After opening, the Krymská bookstore nurtured the English writing community by hosting readings and other events in its eclectic and bohemian space, which continues to be appreciated as Café v Lese. Bryn sold his share to his partners at the end of 2003. 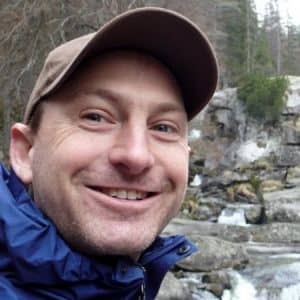 Bryn was also a co-founder of The Prague Daily Monitor, which he managed with editor Theo Schwinke until 2009, when it was acquired by Prague TV. It continues to be an important information source for English speakers in the Czech Republic. See: www.praguemonitor.com.

Bryn believes that truly great businesses are those that are both financially successful and positively affect all their stakeholders (including owners, employees, suppliers, customers, and the community at large). He is excited by “open-book management,” in which employees are taught how “the numbers” drive their company’s business, are updated on these numbers regularly, and share in the success they help create. Though a relatively small number of businesses are run this way, there are some impressive examples of successful businesses that have taken this approach.

Two of Bryn’s “business heroes” are Ari Weinzweig and Jack Stack. Ari Weinzweig co-founded Zingerman’s Deli in Ann Arbor, Michigan in 1982 and now is CEO and co-founder of the highly successful Zingerman’s gourmet food company, with revenues over $50 million. Jack Stack, a highly creative businessman, is the founder and CEO of SRC Holdings. He is known as “The Father of Open-Book Management,” an approach he has used to great success. His company has helped to start scores of successful businesses founded by employees who learned about business while working at his open-book companies.